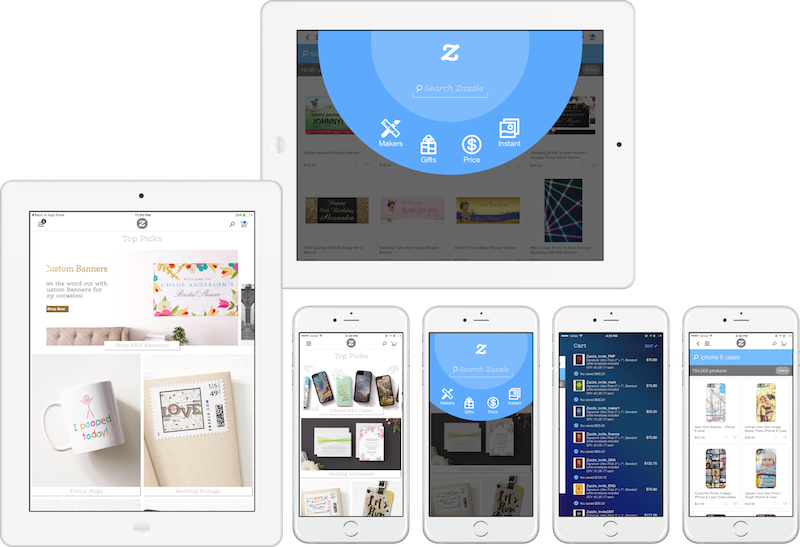 Zazzle is an online marketplace that allows designers and customers to create their own products using their product customization tool.

While working at Monsoon I worked with a team of developers to build the iOS version of Zazzle. I initially started adding support for the iPad to the already existing iPhone application.

With the release of Swift the team at Zazzle decided to re-write the code in Swift. I was part of the team that worked on re-writing the entire application in Swift. Along the way we added support for universal screen sizes and changed a large amount of code already written in Obj-C.

Here is the link to the app in the Appstore.